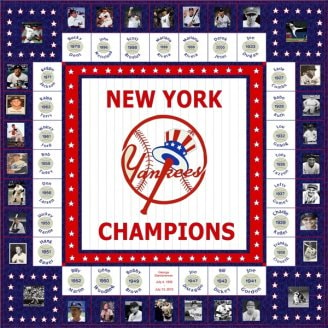 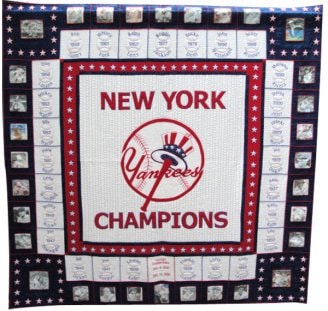 My husband, Fred, is an avid New York Yankees fan and a great husband who puts up with my quilting addiction. I decided to make a New York Yankees quilt for him. I honestly would never have been able to make this without the help of EQ. Though the construction was challenging, the design was more so. We went through 27 designs before deciding on this one. The years represent the times that the Yankees won a championship. Fred spent many months of research to select the most valuable players from the beginning of the Yankees franchise. We searched for photos of the players on the internet and had to resize them to fit the blocks in the border. The center emblem was a traditional Yankee motif from the past. We actually had a banner of the Yankees (the old felt triangle kind) from when Fred was a boy growing up in New York. EQ deserves most of the credit for this quilt! 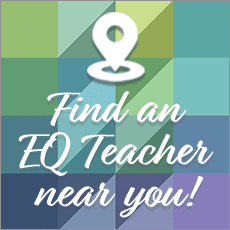 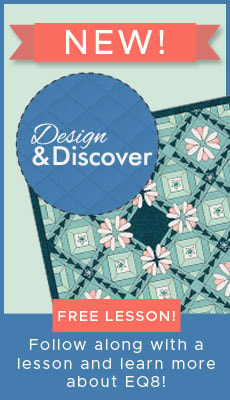