Visit our other sites:
Previous Quilt: Io’s Quilt
Next Quilt: Navigating the Seasons 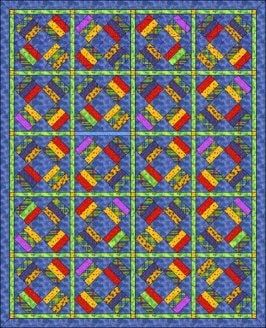 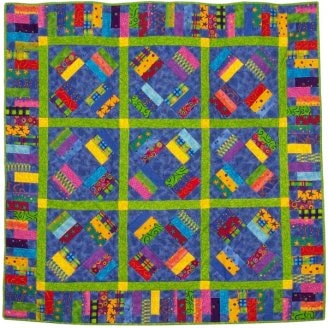 I designed and made the quilt myself using the Triple Stripe block from EQ5. The quilt has been made twice as the name suggests. First time was 4×5 blocks for my husband Don, then in 4×4 blocks for my grandson who was about 9 months old at the time the quilt for him (Jack) was finished. I used mostly Jan Mullenz flannel fabrics, quilting was mostly in the ditch, but the centres of the blocks and all the other squares made by joining the blocks have quilted motifs in them.

Once I had put all the blocks together I decided the border needed something! So the finished quilts have a striped piano key type blocks (I don’t know if it has a name

) My grandson is now almost 5 and still loves his quilt, it gets dragged around and loved heaps, unfortunately my husbands quilt was stolen during a break in at our home 18 months ago. I keep meaning to make another one for him but just haven’t done it yet.