Anything Goes By Evelyn Townsend 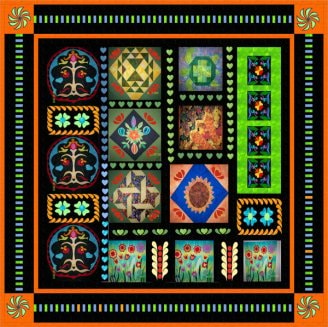 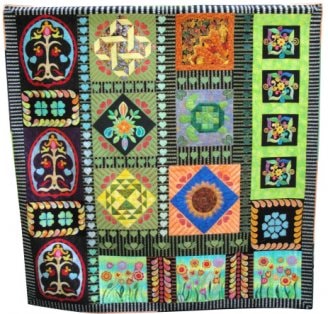 Here’s the the story behind it. Several years ago, two of my friends and I swapped quilt blocks for 3 years. This is the 3rd (and final) quilt using some of those blocks. I almost didn’t make the quilt because of the challenge of fitting the blocks in some kind of pattern that looked good. I could not have done that without EQ7. When I finally did figure out the layout, I quilted it and knew that I wanted to paint it. I used silver metallic thread in the sashing and borders. It’s taken me several months to pull it out and start the painting. Irene came along and we lost power so it was the perfect time to sit and paint all the circles in the border and sashing. So now it’s done! I called it “Anything Goes” because it is such an eclectic design. I tried couching fibers on some of the blocks; trapunto on many of the blocks. The real challenge was trying to find a common thread to tie them all together 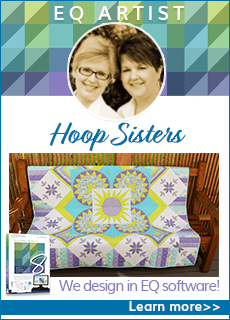