Here… fill this out

The man behind the desk passed me a clipboard and pen and turned back to his phone conversation.

I looked at the form in front of me and couldn’t believe what I saw. Sure, it had been a while since I’d looked for an apartment, but I’d forgotten the pain involved. You see, first of all you have to find a place that’s affordable, which is a feat in and of itself. But then they want to check your credit history, and you have to provide proof of your salary. As ifthat’s not bad enough, they even want to talk to your landlord to make sure you don’t ditch your rent. I was surprised there wasn’t a blank space for you to put your blood type!

Of course, I wasn’t really looking for a place, which was the only thought that reassured me as I started filling out the form. Instead, I was undercover, checking out our next Williamsburg Sewing Circle member, Martha Perez.

Mitzi poses as a renter

Since Raoul had been leading the operation for the past few cases, I decided to take matters into my own hands this time around. Which brought me to the Williamsburg Realty, where I was sitting across from the grandson of Ms. Perez — Tony. (Okay, so Raoul had done his part and tracked him down.) This case wasn’t exactly as clear-cut as others, so I didn’t even know how to proceed. But I was determined not to come away empty-handed. After all, I’d never hear the end of it from Raoul!

As I scribbled down my vital signs, Mr. Perez got off the phone and clasped his hands in front of him as he watched me.

“So, what kind of place are you looking for?” he asked.

“Hmmm, well we might have a studio in your price range, but that’s about it,” he started rummaging through his papers.

What had happened to this neighborhood? Well, I guess that’s what you get when your neighborhood turns into trendoid town, aye?

“That would be fine,” I said, actually hoping he’d show it to me. I’d be curious to see just what $800 could get you these days.

“Sure.” Ah, so not only do I get a measly studio. But they’re pushing me way down on the south side. As a neighborhood gets more and more popular, the boundaries grow. What used to be an entirely different neighborhood is now under the convenient confines of Williamsburg –at least, to a realtor, it is.

I turned my attention back to the form, and started “filling out” the part that said “references.” Now this is something I’ll never understand: in order to GET an apartment in New York, you have to get your current landlord to vouch for you. But once you’ve done that, you’ve practically sealed your fate. Because once he knows you’re moving, then you HAVE to move. So then you’re stuck. And you end up taking a less-than-perfect pad because you’ve run out of time! And since I pay my landlord in cash (this is Brooklyn, after all), how can I give proof of how much I pay, and when I pay it?

As for proving my salary, since I’m self-employed I don’t exactly have a tidy twice-a-month paycheck to trot out for inspection. I was on the verge of hyperventilating when I realized that I didn’t have to move after all, that this was just a game. Luckily, Mr. Perez interrupted my panicky thoughts.

I looked up at the clock myself, and as I did I noticed something that I’d been too busy panicking to notice before. Right underneath his clock, over his framed realtor’s license, was a framed quilt block! What an idiot I am, not to notice it! Where’s Raoul when I need him?

“Wow, that’s beautiful,” I pointed at the block. Hey, I couldn’t think of anything more original to say, give me a break!

“Oh, yeah. Nice, huh? My grandmother was a quilter,” he gestured at the block, smiling. “For some reason, she always kept this block in a frame. I guess it was the first block she made or something.”

Instead, I studied the block carefully under the guise of admiring it, so I could have something to furiously scribble in my notebook once I left. Plus, I wouldn’t really know what part of the block was what we were looking for, since most of these mysterious quilt parts were actually nothing more than borders. But hey, better than nothing, and it wasn’t even that painful to find!

“Well, I guess I’ll be back at 4:00, then.” I got up and handed him the clipboard filled with false information.

He gave it a once-over. “Right, by then I’ll get the keys for you, and we’ll have a look at the place. And if you can go up in rent a little, say to $1,000, I think I have a small one-bedroom I can show you, too. It’s a great deal, so it won’t be available for long! You might want to get your deposit ready, because this one is a beaut. See you then!”

I think that’s what they train you to say in realtor school, because I’ve never encountered a realtor who DIDN’T “swear” that an apartment was going to be here only for one more day.

“Okay, see you at 4:00,” I stole another glance at the block before I left with a wave.

I walked the few blocks back to our office, where Raoul was patiently waiting.

Before I answered, I scribbled down the block (in my scratchy artistic way, that is-hey, I’m a detective, not an artist!) and tossed it onto his desk.

“It’s the block, my friend, none other than the block.” I nodded and smiled, perching on his desk.

“Oh, I have my ways, I have my ways,” I replied. No need to tell him it was hanging from the wall and that I didn’t even notice it until AFTER I’d filled out an entire realtor’s form!

“Did I ever doubt you? So, what are the magical letters on the back of this one?”

“Uh, I didn’t get that far.” Again, I didn’t feel the need to elaborate. “But I figure that once we get the other blocks, we’ll fill in the blanks.”

Raoul started to say something that I’m sure would amount to some form of “I told you that you needed my help,” but I held up my hand.

“Before you say a word, promise me something,” I said.

“Remind me to NEVER move again. Ever!”

“Guess I’ll stay in The Bronx, then. But you guys do have great pizza over here, you know.”

“Trust me, it’s not worth moving here for. But now that you mention it, you do owe me a slice for solving this solo.”

“I’d throw in a soda if you had come up with the words on the back, too,” he replied –with an obligatory smirk, I might add.

Okay, I deserved that one. “You’re on!” Sometimes, you just have to let him get the last word. After all, what would I do without the kid? 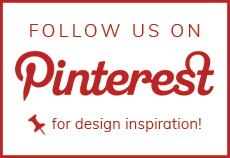 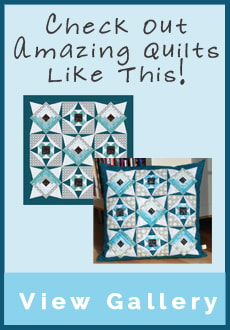