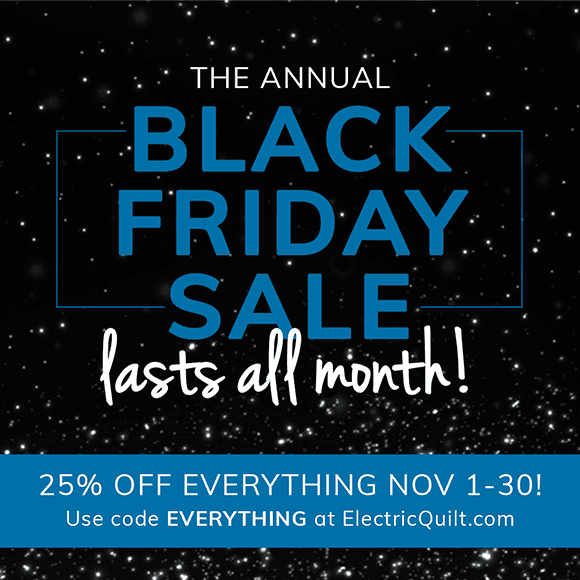 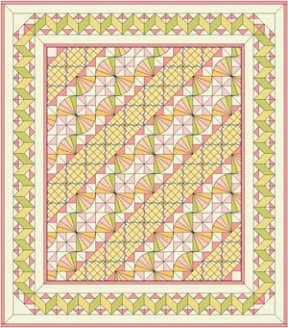 I started by merging the Fan 5 block with the Sugar Bowl block. Then I played with different placements until I settled on the diagonal design and then I added the Pinwheel Chain block as a filler.

As I played with the coloring, the strips of Ric-Rac appeared. But I felt the design needed borders and since I had already decided to name the quilt Ruffles & Ric-Rac, the Ribbon Border block fell right into the theme. So, Ruffles, Ric-Rac and Ribbons was born !!!!!! LOL

Previous Quilt: Feathery Fronds
Next Quilt: IN A HOLE