flowers and stars By Bea Lee 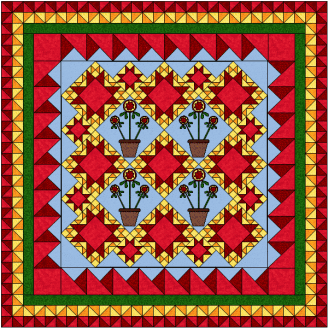 found a block called flower pot, removed the flower pot and copied over one from another block, then deleted the smaller flowers and instead copied the center large flower, made it smaller and tilted it and added to both sides.
Added a fun star block and another block with 4 stars but deleted 3 of the stars for side triangles.
added fun borders.