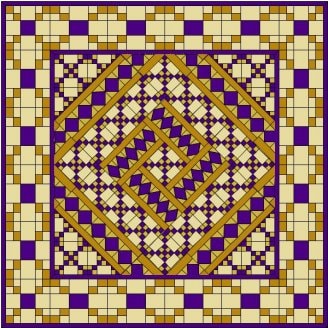 The origin of this Special Effects layout is a block from the 1930s, called “Friendship Chain.” I had suggested it as a block to turn into a quilt layout when we were beta testing EQ6 because it had some interesting angles with squares and rectangles. This is the first time I’ve worked out something I really like with this layout. The original layout is lost with the placement of the blocks, and that is pleasing to me. 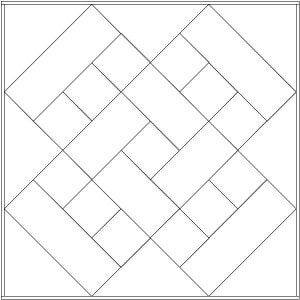