Our good friends, Mike and Vicki Shetter of Soft Scrap, LLC, brought this quilt to us and we just had to share its story. You might recognize Mike and Vicki from quilt shows all over the U.S. as they have spent many years travelling the country selling EQ products at shows. They give awesome demonstrations of EQ8 and create so many incredible things with EQ Inkjet Fabric.

If you’re going to Houston Quilt Festival, stop by their booth #801! 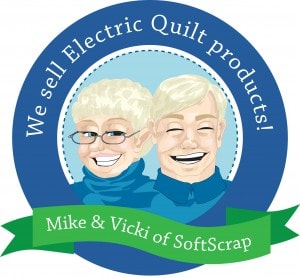 Back to the quilt…

Living in New Bern, NC, Mike and Vicki were one of the many people affected by Hurricane Florence in September. See below for some photos of the damage after the SIX-FEET of water had moved out. 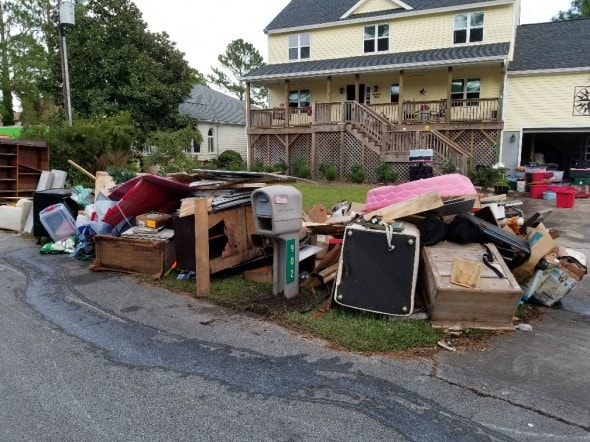 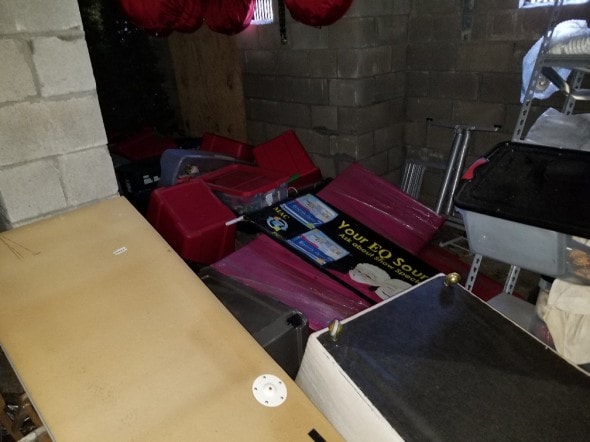 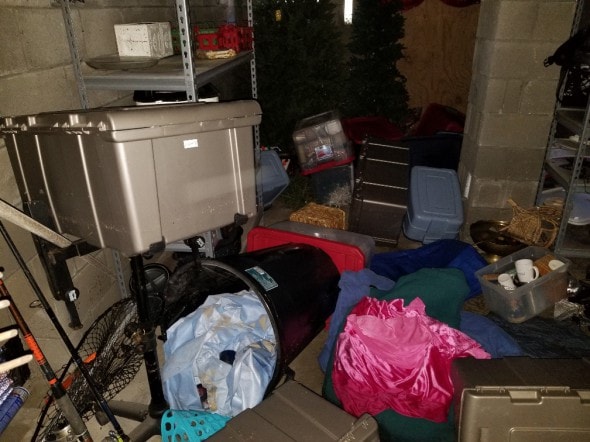 One of the many things left damaged was a plastic tub containing a quilt.

This particular quilt was made in 2007 featuring photos printed on EQ Inkjet Fabric (the 283-thread count “Satin”, to be exact!). Vicki says the photos were printed using an Epson Workforce 635 printer with Durabright Ink. For 5 years, the quilt was used to show off the fabric’s photo quality in dozens of quilt shows all around the United States. In 2012, it was placed in storage.

Sadly, during the hurricane, water had gotten inside the plastic tub. The quilt was immersed in floodwaters for SIX DAYS!

In an effort to salvage the keepsake, Vicki washed the damaged quilt with other clothes in a normal wash cycle using warm water, detergent and a little Pine-Sol to hopefully remove the mold. Believe it or not, it worked! The quilt came out looking (almost) as good as new! Check out the photos below to see how great it looks.

Mike and Vicki are taking the quilt to the Houston Quilt Festival. If you’re going, ask to see it in their booth #801! 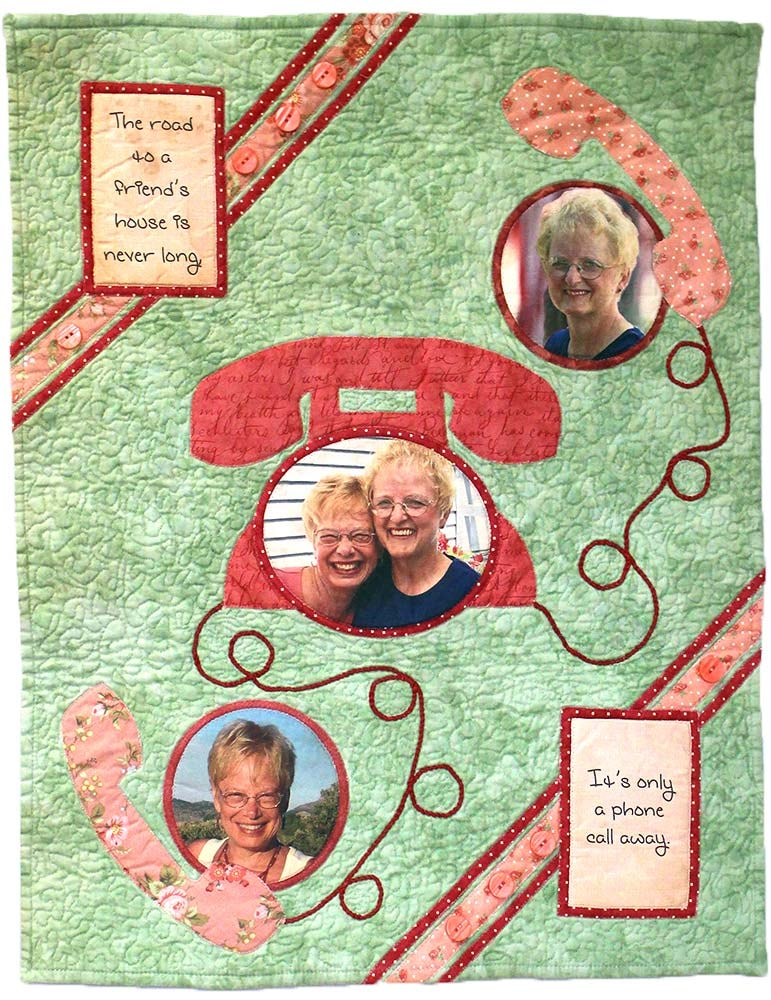 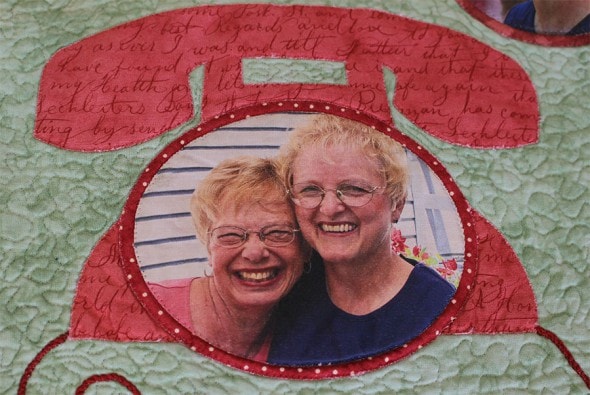 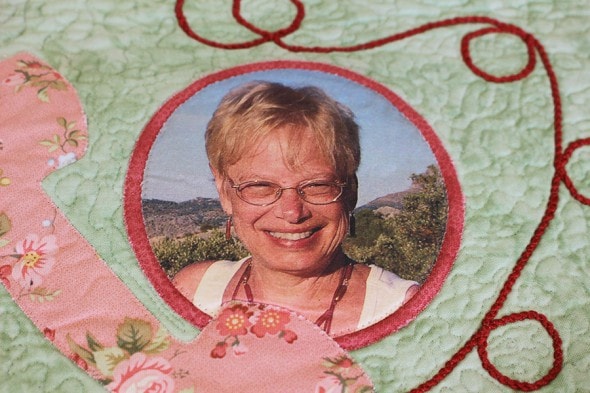 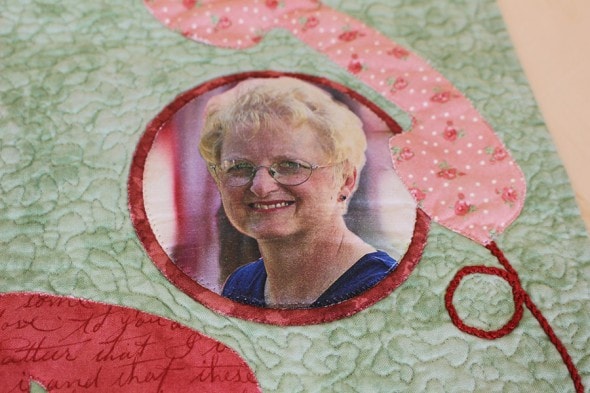 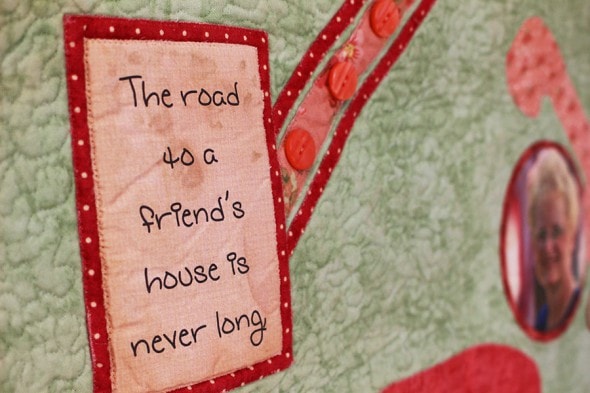 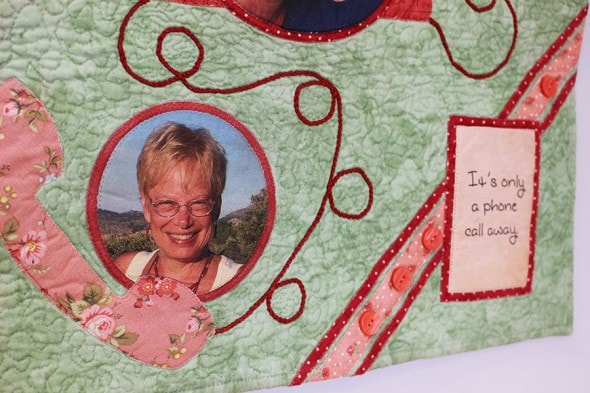 Again, if you’re attending Houston Quilt Festival, stop by the Soft Scrap booth #801. This will be Mike and Vicki’s last show as vendors. They hope to continue to travel and teach about the use of printable fabric and EQ but have announced their retirement from vending. The Electric Quilt Company would like to express our sincerest THANK YOU for their support at so many quilt shows over the years. We wish them a long and happy retirement!…………………(with no more hurricanes!) 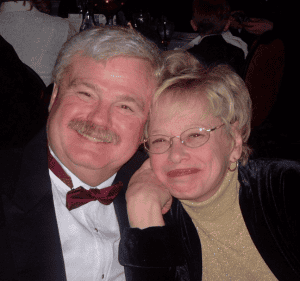