Offer only applies to Judy Martin Star Power at ElectricQuilt.com.
Requires EQ8 or EQ7 software. This product is a downloadable add-on for EQ software. Downloads are not available for EU and UK customers.

Use code STARBLOCKS at checkout. Cannot be combined with any other offer.

Judy Butcher (aka the Virtual Quilter) continues her series on the Do You EQ Blog!

Part 1: Click here to see  how I carefully, rather randomly, selected the blocks.

Part 2: Click here to see how I selected the fabrics and added them to the blocks.

Here, and now, you can see how I start designing quilts with the blocks.

I start with a simple, straight setting with minimal spaces for blocks… usually 3 x 3. 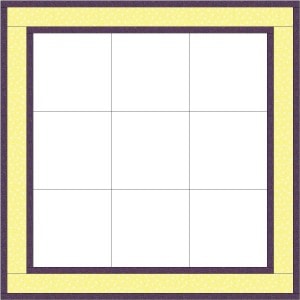 This is one of the many things I love about Electric Quilt. As soon as I add blocks the design looks finished. I may want to change the blocks, and make the borders much more elaborate, but I start to get a feel for the finished design as soon as the first blocks are added. If it looks like a dogs dinner at this point I would get out of the project file and never go back.

So let me add some blocks to the space inside the borders. 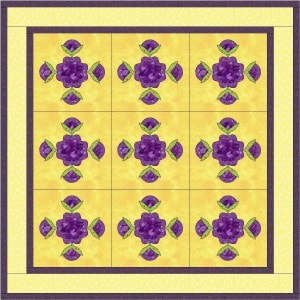 Oops! Used the wrong fabric in the middle border… meant to use the block background colour!

Despite that, I am liking the colour combination. 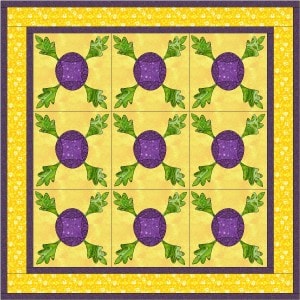 Added a different block and changed my mind about the border fabric… for now, anyway. But for now it will do, and time to start mixing up the blocks.

I am going to try any two blocks. 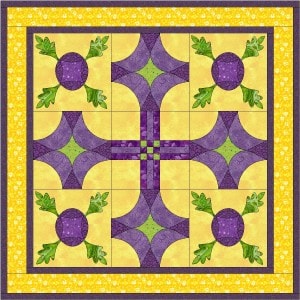 Wow! I don’t always get something I like that quickly, but it can happen. Sometimes I will go through quite a few combinations before I get a keeper. I was going to add the centre block to the corners but liked this version enough to save it.

Here is what I was thinking of… 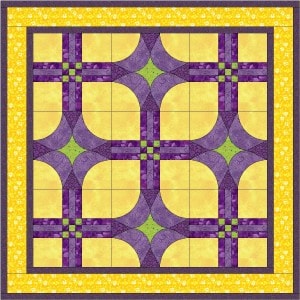 …which is also interesting! 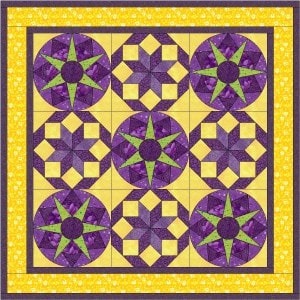 Another two blocks alternated. Not too sure about that combination. 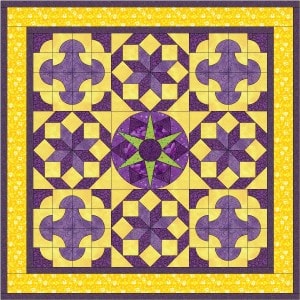 Change the corner blocks, not an improvement. 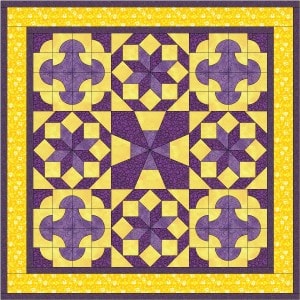 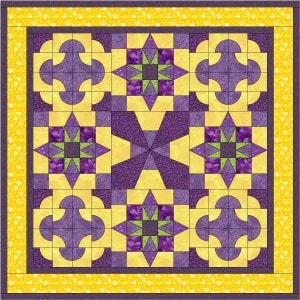 But let’s change those blocks anyway, and now the centre block has an interesting link to all the other blocks, and almost looks as though it has grown into the blocks around it.

The corners of the design are a bit busy though. 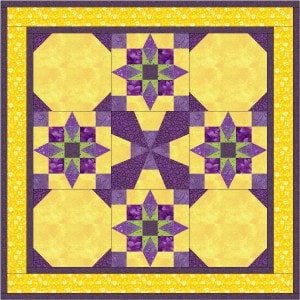 That didn’t work as well as I had hoped, so I am going to try something different. 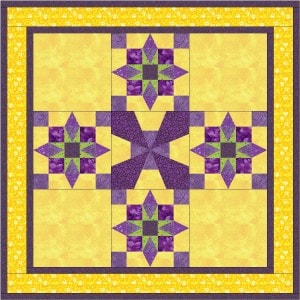 I have removed the corner blocks and I want to remove two of the squares from the corners of the star blocks. 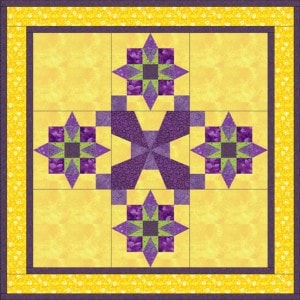 Like that! But I think I want the corner of the Drunkards Path variation block back again. 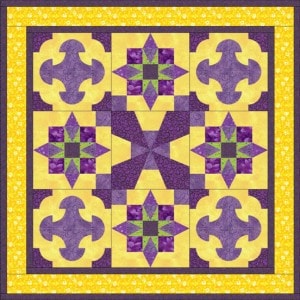 Now the centre has outgrown the centre square again, which I like, but don’t like the rest of the clutter in the corners and want to tone it down a bit. 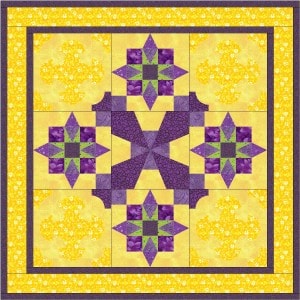 Would you like to see the boring version of testing the blocks? I don’t use it a lot, but it is a good exercise when I don’t really have any bright ideas coming. The boring version is a project file with the blocks I am using, and a heap of two block quilt designs… there are a few designs which I will follow up, but a lot of ones I won’t bother with now I have seen how the blocks look together. You can even use the file to recreate designs I shave shown above. Just remember that if you make any quilts you owe me, and the Electric Quilt Company a photo. 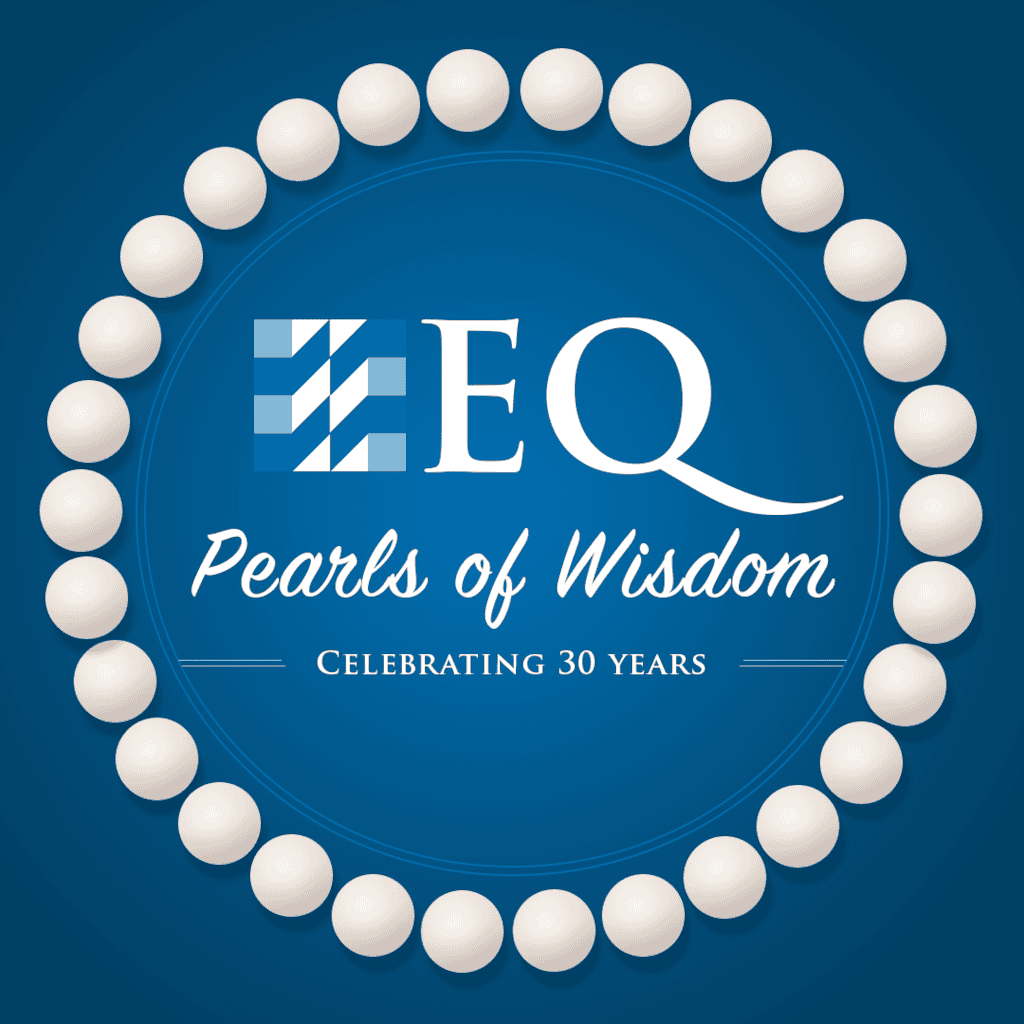